Do you know Medusa's story?

Perhaps you only *think* you do. Do you know who she was before she became the vicious Gorgon who turned men to stone with her gaze?

Before Medusa was the monster we’ve seen time and again in pop culture, she was a virgin priestess in Athena’s temple. One day Poseidon raped Medusa and instead of punishing the god, Athena punished Medusa by turning her hair to snakes and cursing her with a deadly visage. Medusa existed in her pain and rage for a long time before Perseus, with Athena’s help, beheaded her.

Medusa’s story is a tragic one, rooted in violence and betrayal. Although she experienced great suffering, she exuded strength and power and has become an inspirational figure for feminist movements around the world.

My first web-based documentary will explore how Medusa’s image has been used over the centuries and up to the present day to demean and subjugate women, as well as how it’s been reclaimed by feminists who are fighting back against oppression and cultural acceptance of violence against women in movements like #MeToo.

Each week I’ll be posting my progress and giving you a behind-the-scenes look at my process. It’s time we looked at our own reflections and consider whether we are a Medusa, a Poseidon, an Athena, or a Perseus, and how we either perpetuate her pain or are putting an end to it. 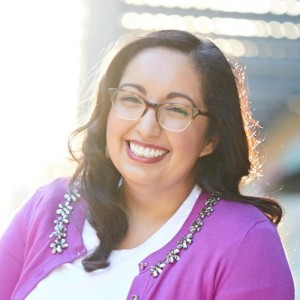 Becky is an interactive storyteller based in Austin, TX. Her passion is combining storytelling and technology to create immersive and interactive experiences that educate, entertain, and engage audiences. When she's not obsessing over underworld goddesses and scouring Bigfoot lore for clues, you can find her practicing Kundalini yoga & meditation and watching DIE HARD for the 10,000th time.

Menu
Scroll back to top